My current gear consists of two camera’s, the Olympus Pen-F and the Panasonic Lumix DMC-GM5, with a considerable set of lenses and accessories. I started out by using my father’s camera, I still remember what it looked like but have no idea what make it was. 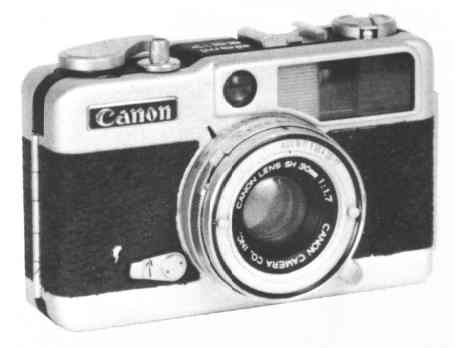 The first camera I owned was a Canon half frame, which was launched shortly after Olympus had brought out the original Pen. After that I had several other cameras of different makes but it became more serious when I bought an Olympus OM-1. It happened really because my wife was studying Kathakali and she wanted decent photo and movie documentation. For the latter we also bought a super 8 camera that could make continuous movies of nearly one hour. We were too poor in those days to be able to shoot much…film was terribly expensive. In 1977 I had a photographic assignment for visually documenting music in India; concerts, informal gatherings, instruments and mostly paintings and sculptures representing music scenes. This has remained one of my main interests: what can images tell us about music, what were the circumstances in which music was played, what was the environment of music. On that trip I used two OM-1 bodies, one for B/W and the other for colour (mostly Kodachrome 25). I carried five lenses: 24mm, 50mm, 85mm, 135mm and 300mm. The OM-1 was the smallest and lightest SLR at that time, but with those lenses, a tripod, lots of film and the movie camera I felt like a camel. Couldn’t afford a bearer, not even in India in those days. I was young and strong.

My first digital camera was a Sony Mavica, and after that I have had several point and shoot cameras. In 2007 I got my first Canon 7D, but because of the bulkiness I switched to the 100D, then the M3, and now I am using the Olympus Pen series.

The switch to the M3 was initially a bit of a disaster. I took it because of size and weight, but also because it had a 24Mp sensor. I got rid of all my EF and EF-S lenses and bought a set of EF-M lenses: 11-22, 18-55 and 55-200. But for focus tracking and multiple fast shots the M3 is incredibly slow. It takes great pictures, but only of non-moving subjects. Also, I felt the choice of lenses is too limited, unless you get the adapter for EF/EF-S lenses, but then it becomes a very clumsy affair.

I had had an Olympus Pen E-PM1 at one time and also an Olympus Stylus 1. Both of them took very pleasant pictures but the 12Mp sensor barely covers a 4k/UHD screen. At 16:9 the sensor has a resolution of 4000:2250 pixels whereas the 4k screen has 3840:2160 pixels. It means that if you have to crop even a tiny little bit your picture won’t fill the screen. So when Olympus introduced the 16Mp and later 20Mp sensors I wanted to give that a try. I got a E-PM2 second hand and bought a few lenses: the ultra compact 14-42mm electronic zoom and the 75-300mm (super) telezoom and also the VF4 electronic viewfinder. The Canon 55-200mm gives a 35mm reach of 320mm, the Olympus 75-300 goes to 600mm. Now you can crop the M3 images some more than the Olympus images, so the difference is a little less, but still…

Anyway, I was very pleased with the E-PM2; its weight and size, its speed of working (compared to the Canon M3) and its extensive range of configurations. Came along the Pen-F which immediately seemed like a dream camera. Specs and configurability way beyond my other cameras so far, extremely beautiful to see, reasonably compact and light. The Pen-F has some amazing perks like the Ultra High Resolution Raw mode (10386×7786 pixels) and a focus stacking mode. Also, the 5-axis stabilisation combined with electronic shutter works great, you can often do hand-held photography at 1s shutter speed (yes, one second).

Still, it is interesting to compare the E-PM2 and the Pen-F physically: the Pen-F is some 60% heavier and 40% bulkier. However, if you put the viewfinder on the E-PM2 it becomes a little unwieldy. Using the Pen-F is much easier because of all the dials; the E-PM2 does it all electronically, and the menu structure is far from easy. It’s simply not in the same class but still an awful lot better than a compact with a much smaller sensor. Recently I traded in my E-PM2 for a Panasonic Lumix DMC GM5, which has a built-in viewfinder, while it is even smaller and lighter! It has no image stabilization but if you use Panasonic lenses or shoot in bright daylight that doesn’t matter.

In my case there are three main factors to be considered when choosing a camera: size, quality and price. With size I also mean weight, and usually they go hand in hand. Quality means image quality, but to achieve that there are many other factors such as the variety and range of lenses, the programmability of the camera, the range of accessories, the stability of the camera, the quality of the sensor and the quality and speed of the image processing engine. Most of the time, as we reach for a higher quality we also have to accept a bigger and heavier machine. And shell out. The cost of top quality can be staggering. For me the Pen series, in particular the Pen-F, turned out to be a very acceptable compromise. To have a significantly higher quality one would have to think of a much bigger, heavier and costlier machine. To have a significantly smaller camera there are the compact zooms, but their sensors and lenses are not a match for the micro four thirds (MFT) system. Of course there are also options similar to the Pen-F, both in and out of MFT. But this is not a buying guide, for that you may consult dpreview.com for instance.

I have a considerable collection of lenses for different circumstances. When walking in nature I usually take the 9-18mm, the 45mm and the 75-300mm all by Olympus. Sometimes the Panasonic DMC GM5 will have the 9-18 or the 12-32 and the Pen-F the 75-300, like that there rarely is any need to switch lenses. There are some gaps there, which is something I really don’t mind. Recently I also acquired the Olympus 12-200mm, a lens that takes very decent pictures and covers the 24-400mm full frame equivalent. I like to shoot with some leeway for cropping. For one thing because the sensor format is 4:3 whereas my UHD TV screen is 16:9. I could of course shoot 16:9 (which will affect JPG but not RAW), but I want my rotated portrait shots to definitely take 3:4. Leeway in framing is even more important when you have to make corrections in perspective, which is quite often the case. Also, moving back and forth to take a picture is a good alternative to using the zoom. In town I like to take the Samyang 7.5mm fisheye, the 9-18mm and the Panasonic 45-175. When I want to walk around with a really compact set I take the 12-32mm and the 35-100mm by Panasonic. A lens I often put in my bag if I might get into low light (indoors) Zhongyi Mitakon 25mm f/0.95. It’s reasonably compact, not too heavy, very sharp and extremely bright. However, it has manual focus and when you want to fully take advantage of the maximum aperture the depth of field is quite shallow. That makes focussing tricky, even with the excellent magnification system the cameras provide. For macro I have the Olympus 30mm and 60mm. All these lenses are very reasonably priced and deliver a decent enough quality under ‘normal’ circumstances. In fact the 60mm is extremely sharp. Both Olympus and Panasonic also make so-called pro zooms and primes. They are considerably more expensive and heavier/bigger. An important advantage is in low light, as the zooms have maximum apertures of 2.8 to 4 (the primes mostly 1.2). They have weather sealing but the Pen-F doesn’t so that is not very helpful in my case. The wider aperture may generate better bokeh when wide open and edge sharpness when stopped down.

Apart from the choice of camera and lenses there are other factors to reckon with. First is the photographer and his/her skills in planning, shooting and post-processing. Secondly there are the circumstances, foremost the light. There is an interplay between those two, as the good photographer knows what light to look for. And finally I want to recall the old saying that the best camera is the one you have with you. I carry my phone 99% of the time.

A digital camera is pretty useless without a means of downloading and post-processing (see workflow) the pictures. You could do it all on a smartphone, but to do that with a good camera would be madness. A tablet is the very least, but I prefer a computer. For that I use a mac mini with a 4k/UHD screen attached to it. I bought the mac with a hard disk but that is really hopelessly slow. Replacing it with a SSD solved the problem completely. The monitor is a Philips connected by HDMI. This setup is absolutely excellent and not costly at all. With the Quickres app you can use 1920x1080p resolution for text but 3840x2160p for graphics. Easy reading and perfect image. When travelling for more than a few days I carry a 13″ macbook retina late 2013 with 8GB working memory and 240GB SSD. It’s getting a bit old and I think about replacing it with an iPad pro, but the people in the apple store really convinced me that a Macbook is much more versatile, especially for the software you can run.