On 11-12 February we visited the Van Eyck 2020 exhibition in Ghent. Never have so many of his works been together and it runs only till the end of April. Jan van Eyck made a humongous contribution to the art of painting in Europe. He perfected oil painting which remained the most important medium after him. His power of observation and his skill of representation were amazing. Most of his works are lost, some 23 survive and 13 of these are exhibited in Ghent together with over 90 paintings by his contemporaries and followers. Most of his paintings are small, about A4 size, with the exception of the incredible Lamb of God (the Ghent altarpiece, 350 x 470 cm). Some outer panels of this painting are in the exhibition, the main panels remain in the St Bavo cathedral. Over the past decade it has been entirely restored, removing dark varnish and overpaintings. In the following most images come from the website closertovaneyck. Pictures I took myself are marked (wm) in the comment. 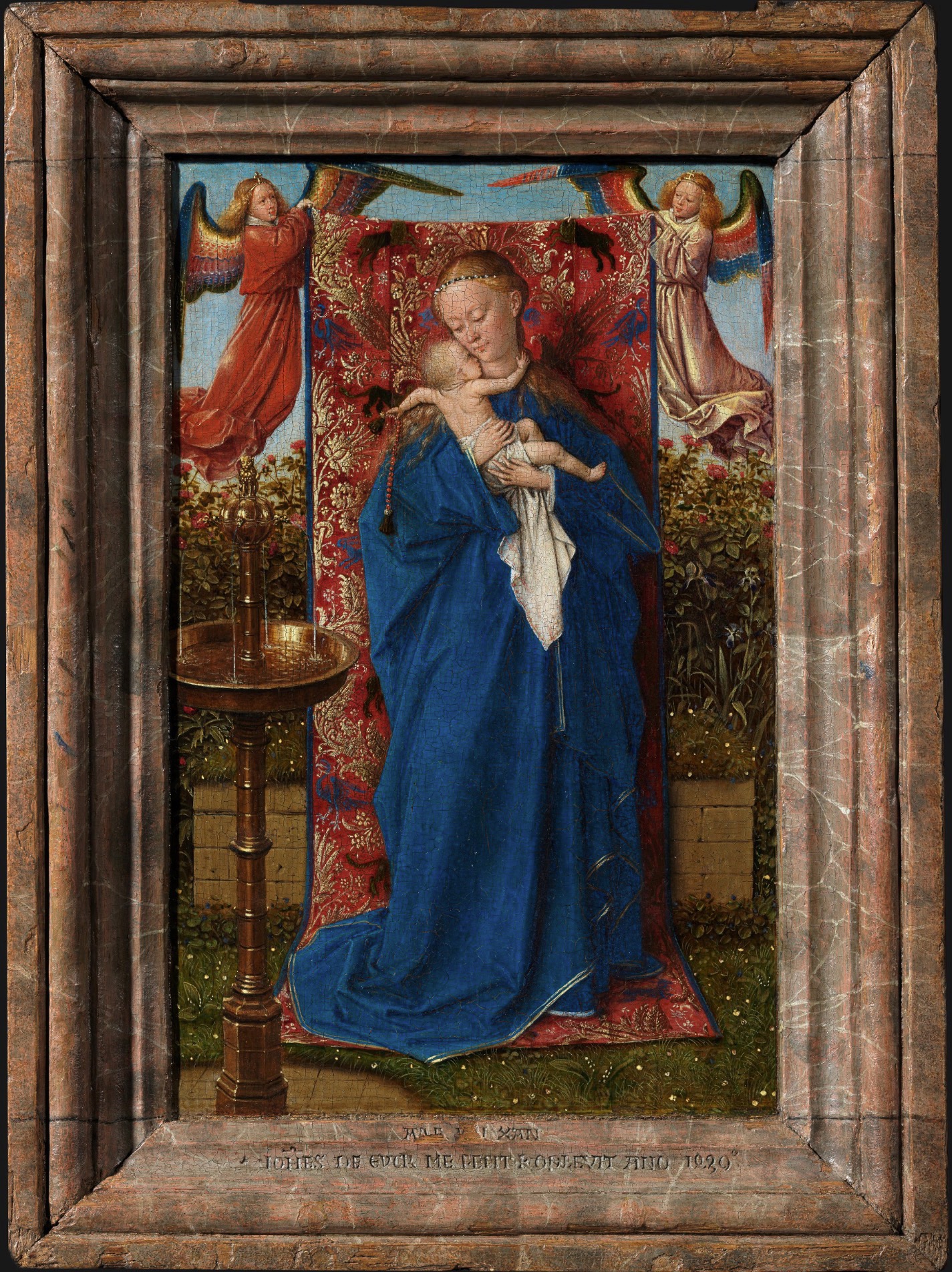 By the way, to have an idea of the way Van Eyck may have worked you can have a look at the very interesting documentary in which Charlotte Caspers tries to unravel the “secret of the master”. She re-creates the tiny “Madonna at the fountain” (below), which is barely bigger than a postcard. She also avows to be a great admirer of Van Eyck, and that it was a very difficult puzzle. Notice that she made dozens of documentaries re-constructing famous works of art. Highly instructive.